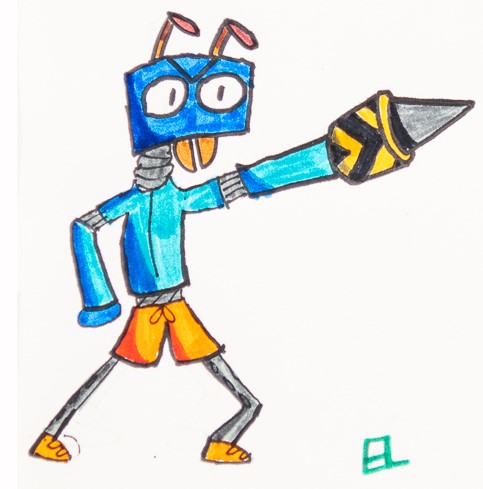 A robotic ant engineered by the late Doctor Mason. One of the most advanced AI's in bug history, Ryan was created to be the doctor's assistant. Unfortunately, the doctor mysteriously vanished not long after his creation. Some time later, he was given his weapon, the experimental Stinger Mk. 2, by Patti the bee. Now the two are partners, and they fight crime all over Apidae City! Ryan prefers to give off a laidback, easygoing vibe, but he is secretly less-than-confident about his newfound responsibilities as the city's

Fun Fact: Lives at the local auto garage, which includes a living space rented to him by the owner.