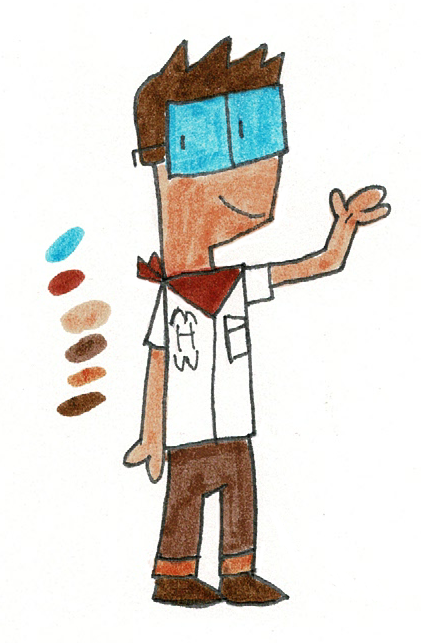 In a medieval world where the technology we take for granted exists in rustic or magical forms, who do you get to fix your broken crap? The Handymen, a guild of repairmen that use magic spells, that’s who! Speaking of which, meet Jonah, a rookie member of the Handymen. Jonah is fairly laid back, but is actually rather studious, and is pretty skillful at simple repair-spells, such as the Rust-Removal Incantation. However, he has a hard time adjusting to more complicated spells, and often shirks his duties out of laziness. Regardless, Jonah, with his partner and best buddy, Raph, spend their time taking handyman jobs in order to gain ranks and clout in the guild. His ultimate goal? Become the Handiest Handyman in Handymen History! But it won’t be easy, seeing as how he keeps flubbing his spells at the most crucial moments...

Fun Fact: Jonah, as well as Raph, are orphans! Yay!